QR codes consist of a series of squared boxes arranged to form a large square with scanning access to some information. It is estimated that a QR code has access to a large space that could store large amounts of data; that is why many people prefer it. With high access to URLs, they’ve become more useful for smartphones. This being a major target, QR code attacks have spread because many people have access to digital gadgets. This article defines QR code attacks, phishing, and their effects on the targeted recipients. It also considers how individuals can address these common threats.

What is a QR Code Attack?

This is a type of cyber-attack where hackers manage to spread malware to targeted devices using a QR code. This method is dangerous since the hacker would trick the target into scanning a QR code on their device, transferring harmful information to the device. The attacker would use an original QR code that won’t seem dangerous, but they tamper with it and change a few details from it to suit their needs.

What is Involved in Phishing?

Generally, phishing can be classified as a software engineering attack that tricks people into giving up personal information which could be sensitive. This attack involves using email addresses, where the hacker anonymously sends a code to targeted recipients. If the target is more cautious, they could refrain from opening such a document. But when they fall victim and open it, it could result in great damage, including access to personal information like bank account details by the hacker.

This type of attack is also called quishing. The attacker uses a QR code to lure the targets to a phishing page, which they designed for this purpose. After the targets have fallen victim to this trap, the hacker will have access to their credentials, personal data, and other sensitive information that may be presented to them.

When a hacker gets access to this sensitive information, they could use it for their benefit. In QR code attacks, the hacker might use a QR code to place a phone call or send a text to your contacts from your device in an unsuspected manner, getting even more targets from your device. On another level, since they have your details like your bank details or credit card details, including the pin, the hacker could initiate payment from your card or bank to go directly to them. They could use other methods like forcing your device to connect to a harmful nearby Wi-Fi network.

Sometimes back, QR code attacks were done through emails, where the hacker could use vicious QR codes to send their victims to malicious websites and lure them into scanning them. Since the issue was reported on Google, which identified email addresses as the main target, action was taken, and warning reminders were given to protect people from falling victim to the attack.

These harmful texts are often identified as being misspelled or involving links to sketchy URLs. The messages would often prompt taking fishy steps like paying tax debts using suspicious gift cards. This could be the most dangerous and regrettable thing to do. This curiosity to open such links could arouse long-term dangers.

Vulnerabilities of QR Code Phishing Attacks and how to Avoid Them

QR code attacks have become very common as technology advances, causing severe damage to the victims. The following are some of the dangers that have recently been linked to QR code attacks and their respective solutions.

In most developed countries, this trick has made many people fall victim to it since it is unsuspicious. In this case, the hacker could place fake parking tickets on illegally parked cars and prompt the owner to scan a QR code to make payment. For instance, the hack was identified in China since the payment app uses a police officer’s profile, not a company’s.

This could be avoided by critically analyzing the code to take note of anything suspicious. This could include details of whether the code has been tampered with. If there are any signs of doubt, don’t scan it.

The QR code attacks here affect mobile banking apps. The bank could set up a code for customers to set up on a secondary mobile device to access their accounts. This allows the scammers to find the customers buying online and obtain their account numbers, most likely to pay them for a purchase. After getting access to the secondary device with the victim’s bank account details, the hackers create a code that they send to a potential victim. When the victim confirms the code and scans it, the hacker gets easy access to the money.

Read: Ways to Provide 3d Security for your E-Commerce Site

No bank could prompt you to send them sensitive information such as your account number and location. They could use the official link to communicate if it is legit before prompting you for such information. If there is anything that adds up to your doubts, visit the bank instead of scanning a code.

In this case, QR code attacks involve emails to scan codes from anonymous senders. The scammers lure the owner into scanning the codes claiming that it’s for security purposes. After, they take the target to a phishing website. They are then prompted for details like bank location, code, username, and PIN.

If a QR code takes you to a website and prompts you to issue your financial details, it is one huge scam. You can navigate through the organization’s website. These random codes are the main causes of QR code attacks.

Cybercrimes are making the headlines these days. Even with knowledge, new methods are being implemented to lure innocent people into traps that could result in tremendous damage. QR attacks are one of the harmful methods that have since been reported. The victims can be lured into unsuspected scanning codes that could take them to malicious websites. This result gives access to sensitive information from the device that scanned the code. The dangers are more than one could ever imagine, which explains why awareness needs to be created to prevent innocent individuals from falling prey to this harmful attack.

How to Use Virtual Cards for Online Payments

Where and How can I Pay with My Crypto Safely

Automatic Bill Payments:  Definition and How They Work 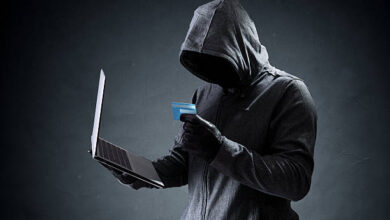 5 Ways to Protect Your Business from CNP Fraud in 2023

How To Protect Yourself from The Gift Card Fraud 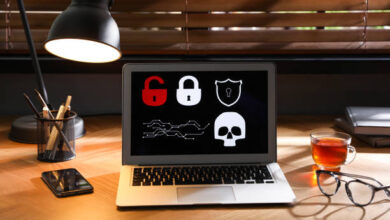 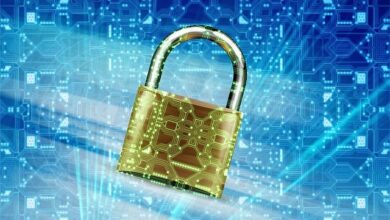